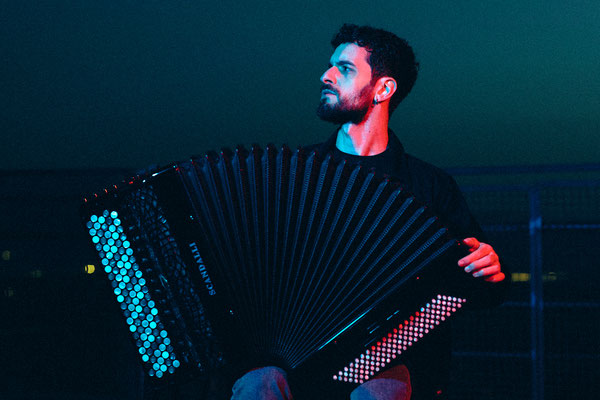 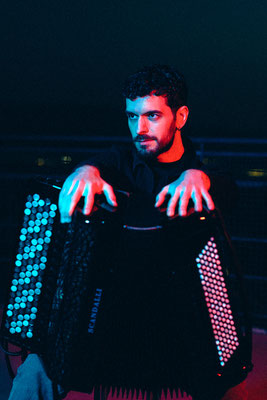 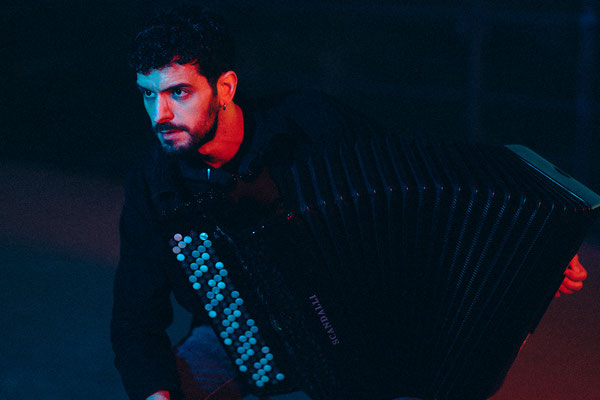 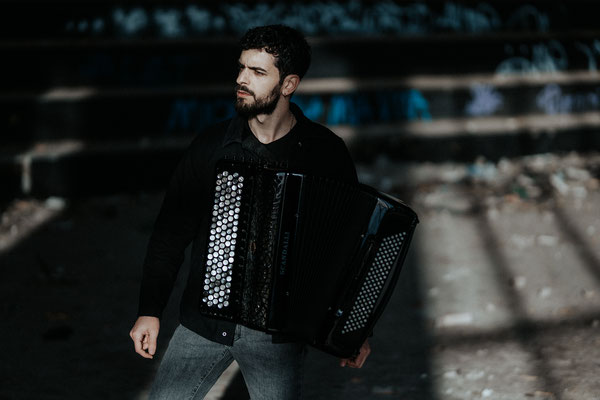 “Pietro is a musician not only technically very well prepared but also gifted with a poetic and sophisticated expressiveness, able to make his instrument sing and to follow the composer’s musical thoughts with imagination and empathy"

Pietro Roffi's intensive concert activity has led him to soloist performances, with chamber ensembles and symphonic orchestras, in hundreds of concerts on five continents. His repertoire ranges from classical to tango, from his own compositions to film music.

On the occasion of Ennio Morricone's 90th birthday, he made his solo debut with the Orchestra of the Accademia Nazionale di Santa Cecilia conducted by Carlo Rizzari, at the Auditorium Parco della Musica in Rome, performing a new composition written by the Oscar winner Dario Marianelli for this special occasion.

He has performed in prestigious seasons and theaters in Europe and across the globe, at venues in Germany (Die Glocke in Bremen, where he performed the “Fairy Tales” concerto for accordion and orchestra by V. Trojan with the Internationalen Jugendsinfonieorchesters), Romania (Romanian Athenaeum in Bucharest, with the National Youth Orchestra conducted by Gabriel Bebeselea), Lithuania, England (Royal Academy of Music in London and Peterborough Cathedral), Argentina (with a sold-out tour of thirteen cities), Malta (Bir Miftuh International Music Festival), China (Beijing, Shenzhen and the Nanjing University of Arts), Australia (Melbourne and Woodend Winter Arts Festival in the Victoria State), Brazil (Rio de Janeiro, Sala Italia and the Museu de Belas Artes), France, Spain, Croatia and Norway.

His performances in Italy include events such as the IUC season at La Sapienza University in Rome, the Unione Musicale in Turin, the Mantova Chamber Music Festival, the Narnia Festival and the Vittorio Emanuele Theatre in Messina. In 2022 he made his debut with the Odeion String Quartet in South Africa, performing in theaters in some of the country's main cities with his brand-new arrangement of Antonio Vivaldi's Four Seasons for accordion and string quartet.

In September 2021, he debuted his own composition, the "Goldberg Rework", in a duet with the Latvian accordionist Ksenija Sidorova.

In 2017 he performed in the Concerto Suite with music for the film "Anna Karenina" composed by Dario Marianelli with the Roma Tre Orchestra, in Rome and Pordenone, under the direction of Luciano Acocella; on this occasion, Pietro met the Oscar-winning composer, who in November of the same year asked him to record the soundtrack of the film "Nome di donna" directed by Marco Tullio Giordana. He has also recently recorded the soundtrack of "Pinocchio" (by Matteo Garrone, with Roberto Benigni) written by Dario Marianelli, nominated for the David di Donatello Awards. He recorded and co-produced the music for the French TV series "La Garçonne" with Mokadelic (France2).

In September 2019, Pietro released "1999", his first solo album of original compositions for accordion and electronica, for the INRI Classic label. In 2021 the album won the Orpheus Award for the best Italian accordion record of 2019/20. In 2018, alongside the pianist Alessandro Stella, Pietro published the EP "Tutto Tango | Live in Rome" and, in 2021, "La vie en blanc", a monographic work on Erik Satie, for the Extended Place label. Pietro's music is regularly broadcast by the major European radio stations (BBC 3, WDR 3, Klassik Radio, Deutschlandfunk Kultur, NPO, Rás 1, Antena 2 Portugal, DR P2, Radio France, etc…) and performed in prestigious concert halls. Recently, a selection of his compositions for accordion and string quintet were performed at the Concertgebouw in Amsterdam.

His "Nocturne" for accordion and string quintet is included in the album "Piazzolla Reflections" by Ksenija Sidorova released in 2021 for the label Alpha Classics.