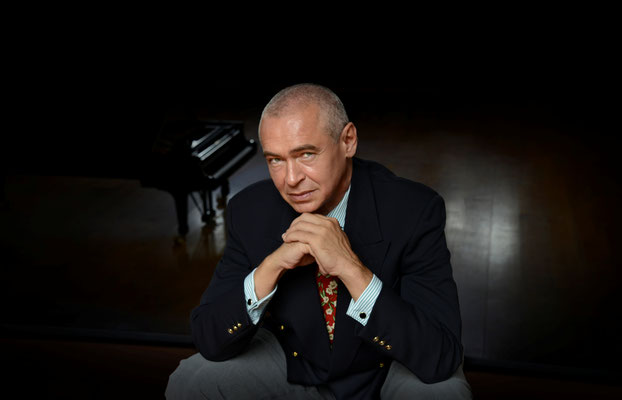 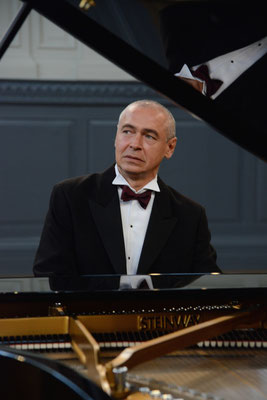 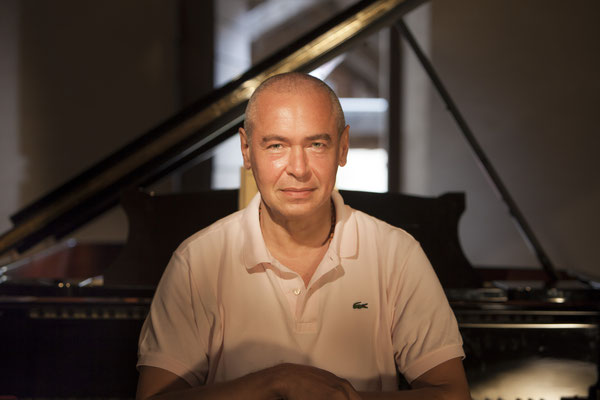 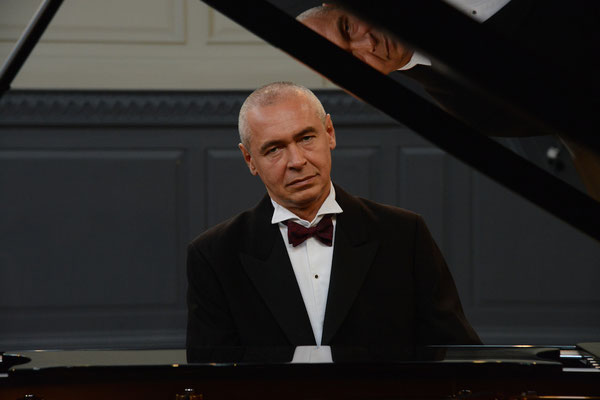 Ivo Pogorelich was born in Belgrade in 1958 as son of a musician. He received his first piano lessons at the age of seven and went to Moscow at the age of twelve to study at the Central Special Music School and then at the Tchaikowsky Conservatory. In 1976 he began intensive studies with the renowned pianist and teacher Aliza Kezeradze, with whom he was married from 1980 until her untimely death in 1996. Mme. Kezeradze was able to transmit the spirit and matter of the school of Beethoven and Liszt, originated in Vienna and than carried through to the Conservatory of St. Petersburg, flourishing towards the end of the 19th and the beginning of the 20th. Century.

In October of the same year he entered the International Chopin Competition in Warsaw where, when prevented from participating in the final contest as a soloist with the orchestra, a fierce controversy resulted in the renowned argentinian pianist Martha Argerich, a member of the jury, protesting and leaving the competition, joined by other members of the jury panel, with the words “He is a genius”. This event drew the attention of the whole musical world to the young pianist.

Ever since his debut recital in New York’s Carnegie Hall in 1981, Ivo Pogorelich has created a sensation with his performances in all the great concert halls throughout the world; starting in the U.S. and followed by performances on all four continents. He has received invitations to play with numerous major orchestras such as the Berlin and Vienna Philharmonic Orchestras, all the London Orchestras, the Chicago, Philadelphia, Boston, Los Angeles, New York Philharmonic Orchestras of the U.S. and major orchestras elsewhere. Wherever and whenever he plays, his stunning interpretations of the music confirm the originality of his talent and intellect. The New York Times once wrote “He played each note exactly, with such a feeling, such expression, he was an entire orchestra– it was as if he played 200 years ahead of our time”. In this spirit Ivo Pogorelich is known today as a poet of the instrument.

In the recent season 2014/2015 Ivo Pogorelich has given triumphal recitals and concerts in Germany, Switzerland, France, Belgium, the Netherlands, Denmark, Great Britain, Lithuania, Croatia, Spain, Turkey, Japan as well as in China. In 2015/16, Ivo Pogorelich will appear in Warsaw, Dubrovnik, Montreux, Oxford, Cologne, Stuttgart, Munich, Paris and other European cities.

In 1994, the pianist set up a foundation in Sarajevo to raise money to rebuild a maternity hospital in the city. Ivo Pogorelich gives charity concerts in support of, for example the Red Cross or the fight against illnesses, such as cancer and multiple sclerosis, among other projects. One of such is to offer his advise to young artists by occasionally giving masterclasses. In 1987 he received the honour of being named an “Ambassador of Goodwill” by UNESCO.

Ivo Pogorelich has recorded an impressive number of CD’s with Deutsche Grammophon Gesellschaft, with a repertory ranging from Barock to Classic, to Romantic and the music of the 20th century. The cumulative effect of this recorded material has confirmed his status which many see as being legendary. In March 2015 Deutsche Grammophon has released a single box set Pogorelich Complete Recordings with 14 extraordinary albums which has been awarded with the French Diapason d’Or.