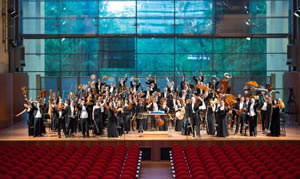 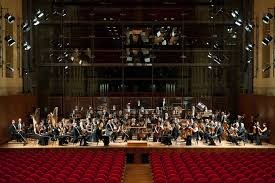 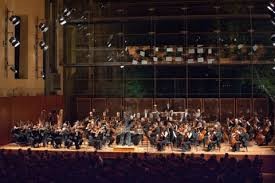 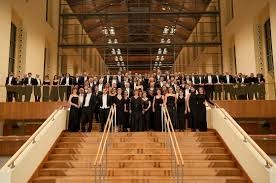 The Filarmonica Arturo Toscanini, who is based at the Auditorium Paganini in Parma designed by Renzo Piano, has for many years the point of excellence for the musical activity of the Fondazione Arturo Toscanini, performing excellence matured in the over thirty years of experience of the Orchestra Regionale dell'Emilia Romagna and in the musical tradition of the past whose roots can be found in the Orchestra Ducale re-established in Parma by Niccolò Paganini in 1835-36 and which remained at the top of Italian orchestras for the forty years that followed.

A process of on-going innovation in its musical program, together with a rigorous artistic approach, has recently led to a broadening of its repertory that ranges from the classics of the 19th century and musical frontiers of the 20th century, up to current-day avant-garde works. Accompanying this initiative has been the invitation extended to a new group of conductors, all part of the younger generation, already acclaimed on an international level.

Since 2006 to the present, this has seen the enthusiastic successes on the podium of the Filarmonica Arturo Toscanini of such names as Kazushi Ono, who on January 1, 2012 became its Principal Guest Conductor, Vladimir Jurowski, Carlo Rizzi, Tugan Sokhiev, Juraj Valčuha, Tomas Netopil, Rinaldo Alessandrini, Michele Mariotti, Lawrence Renes, Wayne Marshall, Tan Dun, Asher Fisch, Stéphane Dèneve, Pietari Inkinen, Christian Arming, Roberto Abbado, John Axelrod and James Conlon. From 2014 Francesco Lanzillotta was appointed Principal Conductor. In 2012, following the success of its year-end tour in China, has performed in Switzerland, Lugano Festival; in Germany, the BASF Ludwigshafen Festival and in 2013 at Bad Kissinger Sommer Festival. Under the proposal musical dedicated to the city of Parma, which culminates with the concert season Nuove Atrmosfere, now in its eighth edition, from 2012, the Filarmonica Arturo Toscanini is a Partner of the Festival Verdi.