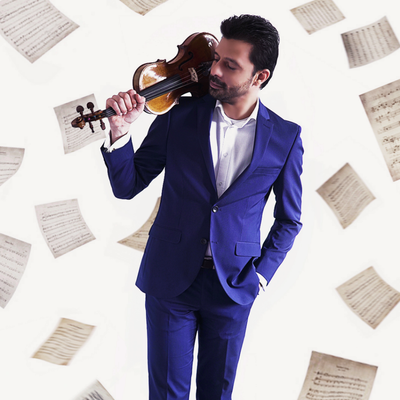 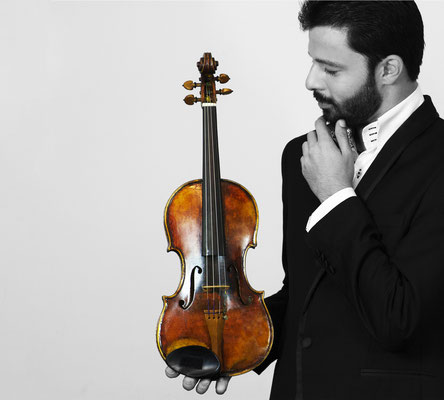 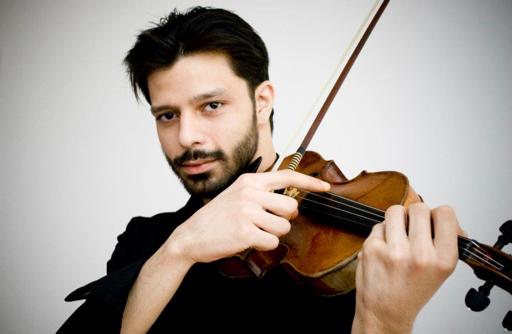 Razvan Stoica is one of the most exciting and sought-after musicians of our time. He has performed as soloist with the world's leading conductors and orchestras.

After winning the Strad Prize in Salzburg and receiving on loan the 1729 (ex. Ernst) Antonio Stradivarius violin, Razvan embarked on an international career that took him in more than 50 countries: as a soloist with orchestras or in chamber music concerts.

Born in a family with great musical tradition, Razvan got his first violin lesson from his father at the age of five. Six years later, Modest Iftinchi (pupil of David Oistrakh) accepted Razvan in his class, despite being the youngest student. After graduating in Bucharest, he continued his studies in Amsterdam with world-renowned violinist Ilya Grubert (pupil of Leonid Kogan). During his student years, he followed masterclasses with Ivry Gitlis, Igor Oistrakh, Zakhar Bron and Krzysztof Wegrzyn.

Razvan's talent and passionate interpretation brought him out into the light of the classical music world stage as being the real, well-known, appreciated, best new talent of 2013, receiving this reward in October 2013, in Slovakia, at the EURORADIO Competition.

As a recording artist, Razvan, continues to build a distinguished catalogue of recordings including his critically acclaimed recording of the 24 Caprices by Niccolo Paganini and the „Symphony Español”for violin and orchestra Op. 21 by Edouard Lalo together with the Beethoven Academy Orchestra Krakow.

In 1996, he joined his sister, the pianist Andreea Stoica, forming the successful „Duo Stoica”. Razvan and Andreea Stoica are frequently present in concerts in The Gewandhaus Leipzig, Het Concertgebouw Amsterdam, Berlin Konzerthaus, De Doelen Rotterdam or the Musikverein Wien.

In 2010, Razvan Stoica founded the Dutch ensemble “Kamerata Stradivarius” which brought him on stage in a double posture: as a soloist and conductor, touring Europe and Asia.

In 2017, Razvan recorded the Paganini 24 Caprices for the Hollywood production „Strad Style” that received prizes in more than 20 Film festivals.