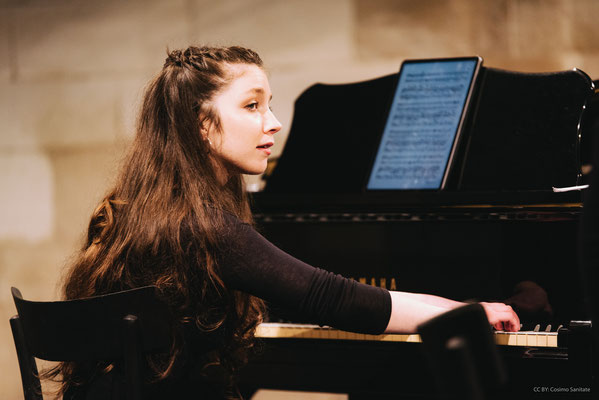 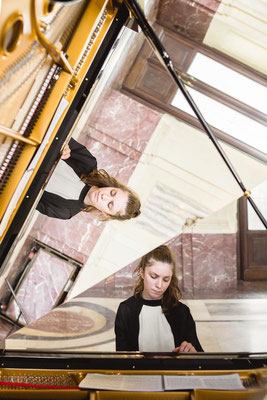 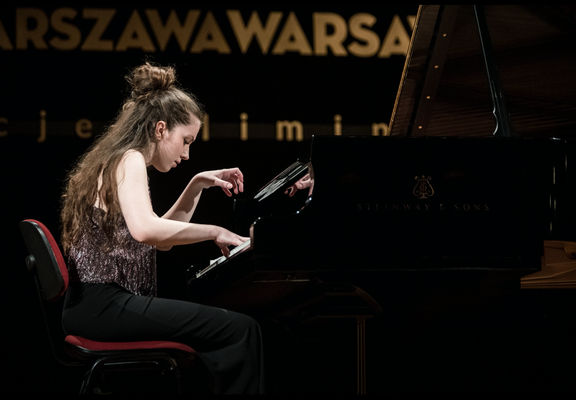 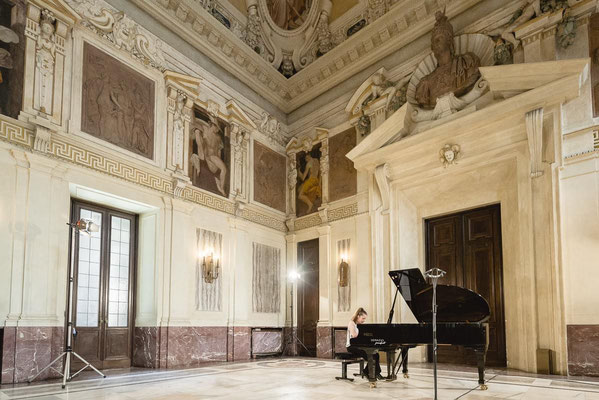 Martina Consonni was born in Como (Italy) on October 16th, 1997. She began studying piano when she was 6 years old and at the age of 14 she received a Diploma in Piano with full marks and the highest honors from the Vittadini Conservatory in Pavia.

After being admitted to the International Piano Academy “Incontri col Maestro” in Imola, she studied with Professor Scala and today she’s continuing her training with Professor Enrico Pace. From an early age, Martina has taken part in national and international competitions that have offered her numerous opportunities to perform at musical events in Italy and abroad as a soloist, in duos, and with an orchestra.

Her extraordinary musical talent has earned her more than 50 grand prizes and, won the top title in a number of competitions; she has also received multiple “audience awards” and other special honors.

In 2012 she was honored with the “Franz Terraneo” Gold Medal as the year’s top graduate and the “Thermae Award”, which she received during the “Castrocaro Classica”, a performance reserved for the year’s best students.

In October 2012, as part of the Venice Prize, organized by the “Teatro La Fenice”, she was awarded the prestigious “Prize Casella”, and as a result has received increased opportunities for concerts.

When she was only eleven years old, Martina debuted with the Philharmonic Orchestra of Bacau, directed by Ovidiu Balan, performing Haydn’s Concerto; Martina has collaborated with conductors such as Gelmini, Kessick, Boni and Bellisario and orchestras such as the Lario Symphonic Orchestra, the Symphonic Orchestra of Alessandria and the Chamber Orchestra of Imola, thus having the opportunity to play at the Auditorium Manzoni in Bologna, the Citadel Theatre of Lugano and the Forte Sangallo in Civita Castellana as part of the “Civitafestival”.

She has made about 200 recitals in Italy and abroad, Paris, at the Debussy Museum,New York, London, at the Elgar Room of the Royal Albert Hall, Switzerland and Romania.

Concert pianist Martina Consonni is one of the most promising young Italian artists of her generation.