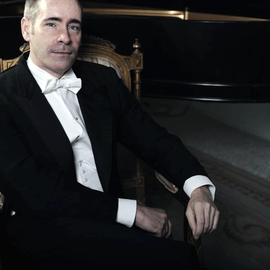 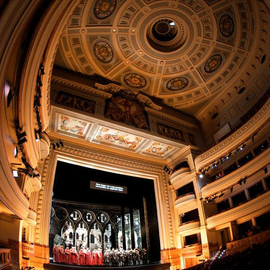 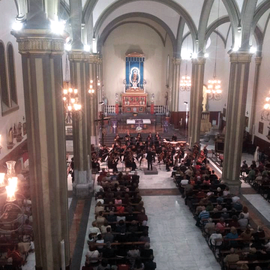 Eric Hull is an outstanding Canadian conductor with an eclectic operatic and symphonic repertoire extending from seventeenth century to contemporary music.

His upcoming engagements include a Wagner Galaat the Teatro Real of Madrid with Ben Heppner, Der Rosenkavalier and la Sonnambula in Las Palmas, and Rigoletto in Pamplona.

Radio and TelevisionMr. Hull’s performances have been broadcast on the Italian, French, Russian, Swiss, Spanish and Canadian national radios, France 3 television, Arte, the Italian RAI television and filodifusione and the RIAS Berlin.

He began conducting at the age of 13, his musical studies taking him to Austria, England, France, Italy and the United States. At 19, he graduated from the Hochschule für Musik und Darstellende Kunst in Vienna, becoming the youngest graduate of conducting in the history of the Hochschule.

Further specialised studies of Early Music performance practice were carried out both in Italy and in Canada. Having completed his formal studies, Eric Hull had a long period of assistantships with organizations such as the Toronto Symphony, Florence's Maggio Musicale and the Salzburger Festspiele, for conductors such as Lutoslawsky, Solti, Muti, Maazel, Chailly, Ozawa, Pretre, Bertini, Zedda and Andrew Davis.

In line with his interest in early music and musicology, Eric Hull has prepared numerous prestigious critical and performance editions. His edition of Salieri's Europa Riconosciuta, the opera that inaugurated Teatro alla Scala in 1778, was performed in occasion of the theatre’s re-

inauguration following its refurbishment in 2004. He has prepared various other critical and performing editions for Teatro alla Scala, including Adolphe Adam’s ballet Giselle and a set of sixteenth century madrigals. Ricordi-BMG has published Mr. Hull’s edition of L'Americanoby Niccolò Piccinni, which he conducted and recorded with huge critical and public success during the first performances in modern times at the Festival della Valle d'Itria in Martina Franca. He has also prepared a new edition of the eighteenth century Monegasque composer Honoré Langlé’s Corisandre ou les foux par enchantementfor l’Opéra de Monte-Carlo.