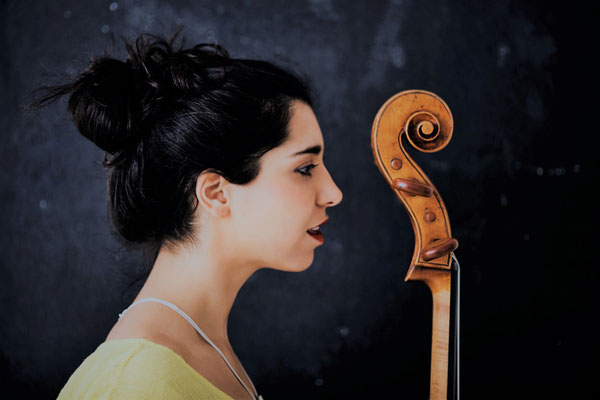 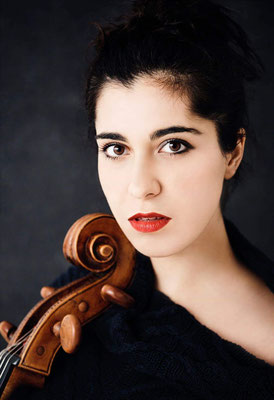 Praised for her innate musicianship and captivating stage presence, British-Persian cellist Ariana Kashefi is in high demand as a chamber musician and soloist performing in such venues as the Wigmore Hall, Pierre Boulez Saal, Berlin Philharmonie, Royal Albert Hall, Southbank centre and more.

Ariana is a Park Lane Group Young Artist, as well as being the winner of the Making Music ‘Awards for Young Concert Artists’ (AYCA) and a finalist in the Royal Overseas League competition. Most recently she became a top prize winner in the International Rubinstein Competition held in Berlin, a City Music Foundation Artist, a recipient of a Villa Musica Scholarship and a finalist in the Pierre Fournier Award which took place at the Wigmore Hall in London.

Ariana was awarded the prestigious ‘Julius Isserlis Scholarship’ for instrumental studies abroad from the Royal Philharmonic Society which allowed her to study for her masters at the Hochschule für Musik ‘Hanns Eisler’ in Berlin with professor Claudio Bohorquez. In Berlin she was chosen on two separate occasions to perform in the prestigious ‘Excellence Concerts’ for exceptional students and graduated with the highest possible mark for her final recital. After completing her masters, Ariana was hand picked by Maestro Barenboim to study at the prestigious Barenboim- Said Akademie where she received an artist diploma under the guidance of Frans Helmerson.

She began her studies with Robert Max at the Junior department of the Royal Academy of music where she won all available prizes and later completed her Bachelors of music with first class honours at the Royal College of Music with Melissa Phelps as an Amaryllis Scholar. At the College she won the ‘Anna Shuttleworth’ cello prize in her first year and was named an ‘RCM rising star’ after performing Prokofiev concertino with the RCM symphony orchestra.

Ariana frequently plays as a soloist with orchestra: this season included performances with the Southgate Symphony orchestra, the Janus ensemble, the Narva Symphony orchestra in Narva, Estonia and the North London Symphony Orchestra.